Recommendations to solve the Rohingya Crisis 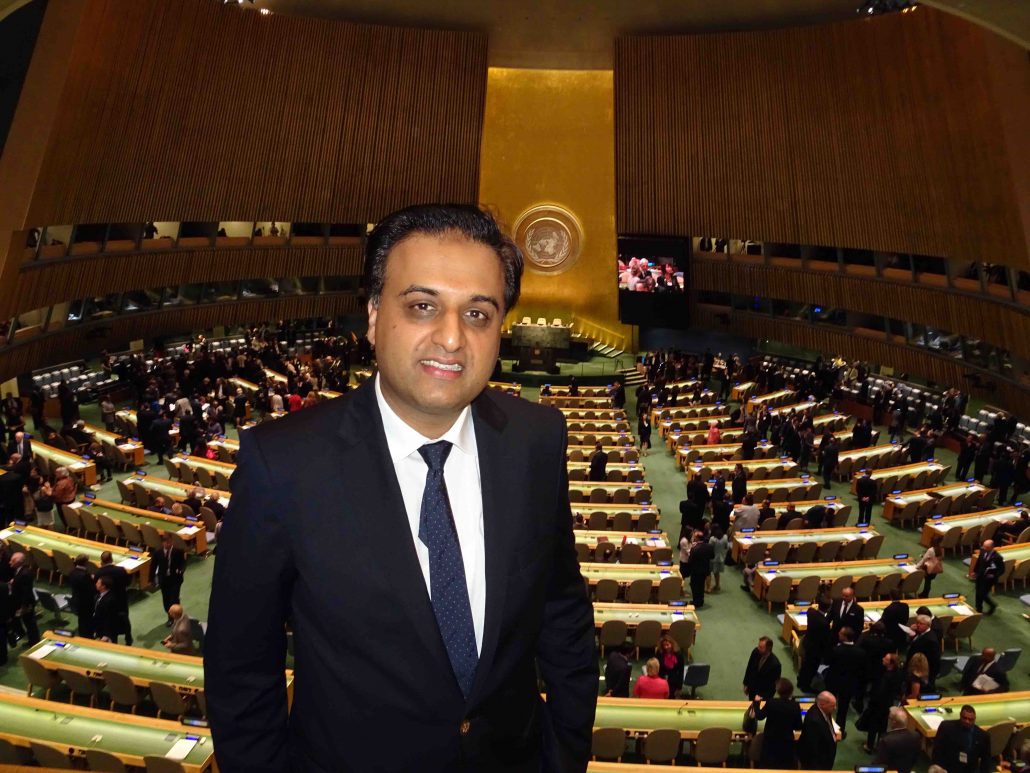 Recommendations to solve the Rohingya Crisis

Global antiquity reveals that many theorists, neo-liberals, neo-realists, idealists and conservatives have presented miscellaneous opinions and slants regarding the convergent analysis of global cooperation being the basis for human morality and have devised multiple frameworks concerning international peace and security imperative for promoting sustainable social and economic progress worldwide by taking actions on issues confronting humanity.

Woefully and unfortunately it’s a hard reality that history is still on a repetition mode as on one hand ink and pixels are being spilled, chronicling and documenting the growing humanitarian crisis and on the other hand ruthless episodes of brutality and violence continue to propagate and nurture.

Instead of realizing the attribute that

the world of today is engrossing towards squabbles, antagonism, hostilities, provoking conflicts and clashes thus diminishing basic human ethics and resultantly disparaging the worth of amity and harmony. Peace is a continuous process, a daily, a weekly, a monthly, a yearly phenomenon, gradually changing views and opinions of masses, slowly eroding old barriers and paving way for remolding and building up new structures in decades of time for humanitarian betterment.

History claims that refugee crisis has served as a pivotal in leading the world towards instability and violence. From the economic slowdowns in emerging markets to the ever rising number of terrorists, from inter-state conflicts to intra-state social insecurities and lawlessness, all are the result of spillover effects of influx of refugees, migrants and asylum seekers. Refugee crisis not only brings about humanitarian implications but also possesses the tendency to give way to security implications. Factually connoting refugee crises in Syria, Ethiopia, Libya and other part of the worlds has produced enormous social, economic and political effects on countries who had either temporarily or permanently hosted the refugees. According to an estimate of UN High Commissioner for Refugees, in 2017, nearly 65.6 million people were forcibly displaced worldwide as a result of persecution, conflict, or human rights violations alone.

The Rohingya crisis is a refugee boat dilemma which caught the attention of international podium in the second half of May 2015 when the government of Myanmar state sponsored religious and ethnic discrimination against the Muslims of Burma. The Rohingya crisis highlights both humanitarian and security implications as huge exodus of the world’s largest stateless population is expected to infiltrate in different regions of Southeast Asia.

According to historians Rohingyas are descendants of Arab, Turkish or Mongol traders and soldiers who in the 15th Century migrated to Rakhine state, previously known as the Kingdom of Arakan. For centuries this Muslim minority lived peacefully alongside Buddhists in the independent kingdom and according to historians some of them were even advisors to Buddhist royals and were among government functionaries. In 1784 the kingdom was conquered by the Burmese and later by the British following the first Anglo-Burmese war held from 1824-1826. Under the British rule, a large number of this minority started working as farmers and later as military recruits. By 1830s there was a massive influx of Muslim peasants from Bengal, mostly in the agriculture sector. Sources claim that by 1912, more than 30 percent of the total population of Arakan state was Muslims, up from five percent in 1869. Tensions between the minority Rohingya Muslims and the Myanmar’s Buddhist majority date back to the beginning of British rule in 1824.Following their divide-and-rule policy; the British colonists benefited Muslims at the expense of other groups. They not only recruited them as soldiers during World War II but also pitting them against Buddhists aligned with the Japanese as the war played out on Burmese soil. Both British and Japanese armies exploited the enmity and hostility in the local population to achieve their own military objectives. The status of Rohingya Muslims was fortified in 1947 when a new Constitution was drafted which enshrined this minority with full legal and voting rights, which would be later confiscated hence rendering them stateless. In 1962 military coup ushered in a new span of vicious ferocity and brutality. The country’s religious and ethnic minorities like the Rohingya did not fare well and suffered greatly.

Rohingya’s were rendered stateless in 1982 under Myanmar’s Citizenship Law when the Burmese Junta ordered a new law on citizenship which required the minorities to prove they lived in Myanmar prior to the first Anglo-Burmese war in 1823 for acquiring nationality. Resultantly the Rohingyas were not recognized as one of the country’s 135 official ethnic groups which automatically denied them not only of citizenship but also of civil rights, extortion and arbitrary taxation, access to social services, marriage restriction and limitation on number of children , confiscation of properties thus effectively rendered them as being stateless.
The 20th century saw a series of military crackdowns against this minority group: in 1978 and 1991-2, which prompted thousands of them to flee to Bangladesh. When the Junta was dissolved in 2011, the country saw a drastic rise in Buddhist extremism which further sidelined the Rohingya’s status and marked the starting point of the latest prevailing tensions.

Tensions mounted again in October 2016, when a small and previously unknown militant group — the Arakan Rohingya Salvation Army (ARSA) — staged a series of deadly attacks on Burmese military forces. The army responded with a massive security crackdown, sparking huge number of refugee arrivals into Bangladesh. On August 25, 2017, ARSA again launched an early morning attack on army installations in Rakhine, triggering a brutal military campaign in response. The security forces and military troops started burning down villages and killing innocent civilian population. According to an estimate of United Nations nearly 360,000 Rohingya’s have fled into Bangladesh since August as a result of military atrocities.

Nobel laureate Suu Kyi, the Myanmar Government’s de facto head, since the national elections of 2015 has expressed very little publically regarding the Rohingya’s ongoing exodus to Bangladesh and has refused to condemn the military activities taking place in the region. According to sources even in the telephonic conversation with the Turkish President Recep Tayyip Erdogan she put the blame on “terrorists” in the Rakhine State and summarized the whole scenario in terms of “iceberg of misinformation”. She withdrew from her visit to the United States in September for United Nations General Assembly, probably to avoid criticism from international leaders against her policies and brutal actions. Hence Suu Kyi’s tenuous hold on power and cruel mentality has led to this catastrophe.

Establishment of an indigenous investigation team to look into violations of international human rights law and human rights abuses in the wake of the 2012 ethnic violence between Buddhists and Rohingya Muslims in Arakan state in accordance with the United Nations Charta.

Instantaneous removal of blockade of aid like food, medical supplies and and other essential items by the government into the Rohingya IDP camps.

Immediate uplifting of discriminatory policies and restrictions such as on movement, marriage, holding property, taxation thus providing freedom and ease to live. Myanmar‘s policy for minorities requires to be in line with international human rights framework.
A policy transformation in the official attitude towards the minorities by acknowledgement of their narrative of history, upholding of respect for all forms of diversity and accepting their legal and social rights.

All world leaders’ particularly Asian leaders should call on the Myanmar army and force them to cease their clearance operations in Rakhine State. Every world leader who holds any meeting with Suu Kyi must emphasize on this brutal crisis basing upon humanitarian grounds.

Regional governments like those of China, India and Bangladesh should pledge to the Myanmar government that they will provide full support and cooperation to them in locating and arresting Rohingya militants if any such evidence is found.

Religious scholars should also actively work for the cause as no religion allows such coercive acts. Pope Francis who is scheduled to visit Myanmar in November should make pleas to Suu Kyi and the Burma government and take positive stand in favor of Rohingya Muslims.

The Constitution of Myanmar needs arbitration and requires recognizing scores of stateless people living within the country, and make amendments and alterations to not only provide them citizenship status but also generate religious, legal, social and economic space for the recognition of their basic human rights. To fulfill the purpose, the 1982 Citizenship Law warrants immediate modification for removal of discriminatory clauses against Rohingya Muslims and other minorities in the region, and accord them citizenship status to enable them to enjoy their fundamental rights in a civilized, democratic country.

The circumstances in Myanmar are snowballing enormously into a major humanitarian crisis, and have begun to have ripple effects over the region in terms of rebirth of transitional crimes, insecure state borders, social impacts on hosting countries religious, ethnic and cultural balance etc. Despite international provisions, treaties, global conventions and other diplomatic measures to prevent the occurrence of atrocities, crimes and fiercely actions on civilians, violence against Rohingya Muslims in Myanmar continues unabated. In case of Myanmar, strengthening and rebuilding its commitment to democratic ideals, human rights and Rule of Law, should not be under limitation of just providing immediate security and relief to the suffering Rohingyas, as it is the bare minimum possible i feel. It must include a long-term, permanent and accountable stratagem that helps integrate the Rohingyas and other minorities; recognizing their sacrifices and contributions to the country thus creating spaces for every person, without discrimination and giving full expression of speech to his or her potential, free from any fear, resultantly leading the peace and tranquility to prevail around the globe.