Save the Children Initiative by Diplomatic Council 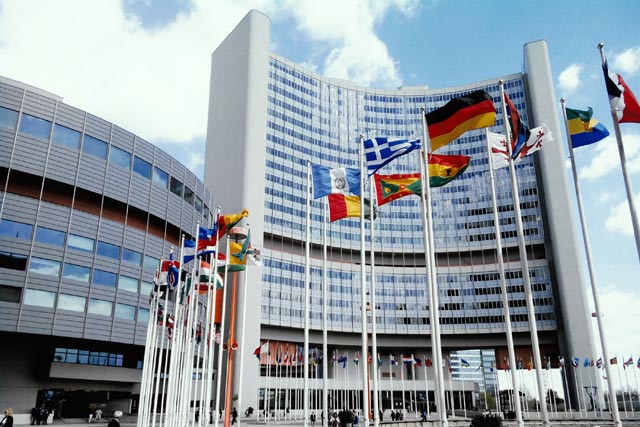 Save the Children Initiative by Diplomatic Council

At the 2019 session of the Commission on Crime Prevention and Criminal Justice at UN Vienna, the Diplomatic Council will be presenting a new and unique online safety app to protect children. It is an award-winning online child safety app that can safeguard children online, filter unwanted content, block unsuitable mobile apps and help parents moderate excessive mobile screen time without spying.It uses artificial intelligence to tackle key online threats such as cyberbullying, sextortion, grooming, online abuse, and aggression. It also educates both parents and children alike on real-time issues and gives previously unforeseen insights into a child’s online behaviour patterns and risks without spying or snooping.

Furthermore we want to harmonize the terminology “child abuse” for a better global collaboration. The term “child abuse” is still different in many countries. A global harmonization of the terminology is needed for a better collaboration. Certain actions may be considered sexual abuse in one country but maybe not yet in another country. It is therefore important to find the “lowest common denominator” which would enable a better cooperation with regards to e.g. data exchange.

The Diplomatic Council nearly immediately after it was founded established a Safer Internet for Children Initiative with the intention to fight against the dissemination of child pornography. Diplomatic Council Commissioner for UN Affairs Thorsten Nowak introduced this initiative  to the United Nations at Vienna already in 2016. We presented the "Child Abuse Prevention System“ software developed by the Diplomatic Council making a significant contribution to supporting governmental authorities in their work to identify child pornographic material and stop the digital dissemination thereof. It serves to prevent this type of crime and the abuse of children. CAPS is based on pattern recognition for the identification of structures and connections.

Saving children from a cruel fate

For example: If illegal photographic material is found, CAPS is capable of finding out whether further – maybe harmless – pictures or videos were made with the same camera. A picture showing a car with a license plate may be disseminated – the offender believes it to be harmless because he does not know that through the identification of his camera, connections are established between totally different pictures”. This example is not entirely invented but has already helped catching offenders and preventing children from a cruel fate.

”We do not wish to talk only but we want to take concrete actions in order to help affected people” says Secretary General Hang Nguyen in her appeal which she made at the CCPCJ session in Vienna as well as during her keynote speech at the YPIN (Young Polish International Network) annual meeting in Krakau in front of young entrepreneurs and executives.

In addition to identifying child pornographic material, the CAPS software is also capable of finding other illegal data streams. The automatic pattern recognition can be utilized to combat human trafficking, money laundering, drug dealing, weapon smuggling and further types of organized crime which are mainly committed in a digital way.