A wake-up call for Europe 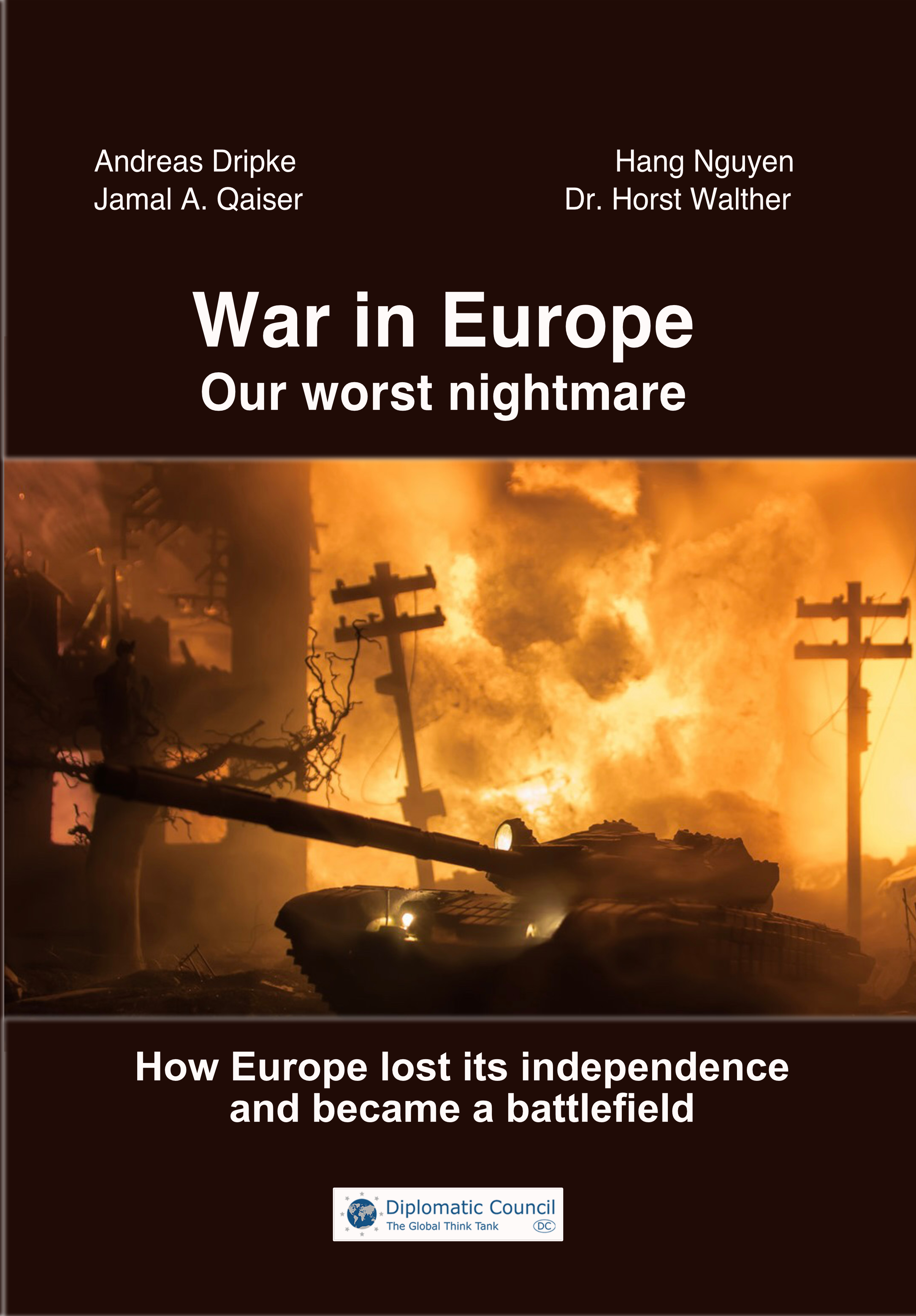 A wake-up call for Europe

By Jamal A. Qaiser and Dr. Horst Walther

On 24 February 2022, the war in Europe began. This is often asserted because on that day the Russian army crossed the border into neighbouring Ukraine.

Now this step undoubtedly represented a caesura for Europe. But one can hardly call it the beginning of a completely surprising development. Europe had long before fallen into a kind of agony, a drowsiness, from which the Russian invasion of Ukraine has aroused us. In this book we want to trace how Europe has become this drowsy paradise, what consequences we are threatened with as a result, and how real the danger of war in Europe really is. This range of topics includes, of course, the failure of the European Union, but also of other international organisations, first and foremost the United Nations.

There had been a lot worries and hardships of Europe before the outbreak of war in Ukraine. In the final analysis, all these challenges still persist. The problems of "old Europe" have been concealed by the war, but not solved. This includes Europe's age-old dependence on the USA and on Russia, as we have become acutely aware since spring 2022, and on China, something we have been suppressing for many years. The supply bottlenecks for many products that have been rampant since 2021, threatening entire branches of industry in Europe, have opened our eyes to this dependence for the first time. Without software from the USA, chips from Asia and energy from Russia, prosperity in Europe is at risk. The EU – and the Federal Republic of Germany, for that matter – would have had plenty of time to reduce this dependence. But instead, it has imagined itself to be in a "world of friends", whose supplies seemed self-evident as long as one only paid for them. As a result, Europe today finds itself more dependent and reliant on others than ever before.

There is the raging war in Europe. In so doing, which by no means began in 2022 but at least as early as 2014. In this context, the question of an independent European army also plays a role. . For since 2022 at the latest, it has been clear that Europe is not capable of defending itself.

Finally, there is the dangers of war that do not emanate from Europe at all, but directly affect Europe as well as other parts of the world. This undoubtedly includes the danger of nuclear war as well as the possible consequences of the devastating arms race in space. In all these cases, Europe is certainly not the initiator, but neither is it even a player at eye level on the stage of world politics.

This goes far beyond the immediate military conflict. The question of Europe's independence is also at stake. China's "economic invasion" of Europe under the guise of the "New Silk Road" is proceeding peacefully but is nonetheless of fundamental importance. This is all the more true since, at the latest after the outbreak of the Ukraine war, Europe has drawn geopolitically closer to the United States of America.

In the political poker of the superpowers, on the one hand, the USA with an undisguised claim to world supremacy, and on the other hand, the emerging People's Republic of China and the resurgent Russia, which have no intention whatsoever of succumbing to US supremacy, Europe is like a pawn in the waves of global conflict, without itself taking an active part in the game, let alone being the leader.

The wars in and around Europe are therefore mainly proxy wars, conflicts between the superpowers that are fought on European soil and to the chagrin of the European population, but which are basically not about Europe at all.

Countries like Vietnam and Korea have seen how these bloody proxy wars between the free world, the West, on the one hand, and the authoritarian power blocs on the other, have destroyed their countries. Today, the situation has changed: Europe has become the stage – one could also say the battlefield – of this confrontation.

Hopefully much of what had been outlined here will turn out to be wrong, Hopefully the course of history will take a different turn, hopefully the European values will once again find a greater hearing in the world.